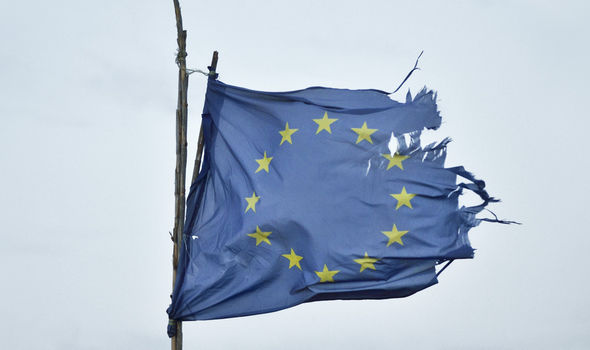 On September 16 and 17, 2019 EUSOL hosted an international conference on the topic ‘Is Europe Just?’ The conference brought together prominent researchers from different disciplines to take stock of Europe’s performance in relation to social justice in numerous areas, and to debate innovative policy proposals grounded in both normative political theory and empirical research. In particular, participants were encouraged to identify principles of justice for the EU that could aid in evaluating and shaping EU policy. The conference realized its goal in that many of the papers offered not only trenchant criticisms of current policies, but advanced concrete proposals for how European institutions can better deliver social justice to its citizens in such areas as the single market, monetary union, migration and labor mobility, and social policy. Beyond these concrete proposals, the conference offered participants the opportunity for cross-disciplinary discussion by, for example, connecting current research on the political economy of monetary union to foundational questions about the moral norms that ought to govern supranational monetary cooperation. 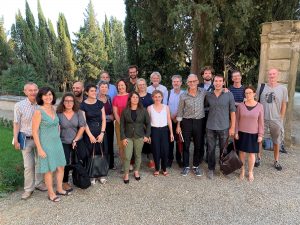 Publics across Europe increasingly feel that the EU undermines the problem-solving capacities of its member states—particularly in social, welfare, and labor policy—and increases inequality both within and across them. The EU strikes many, as a result, as unjust more than simply undemocratic. This raises various questions: What principles of socio-economic justice, if any, should apply at the EU level? What would a Europe that promotes rather than undermines justice look like? While there has been much written on the democratic deficit, very little, by contrast, has been written on these questions. The aim of this workshop is to bring together top scholars to discuss these topics critically and constructively from both normative and empirical perspectives. Participants will be encouraged to identify principles of justice for the EU that could aid in evaluating and shaping EU policy in one or more issue areas. Here are some examples of more specific questions that could guide discussion:

Economic Governance
What principles of justice should guide evaluation (and reform) of Economic and Monetary Union? What principles, for example, should inform our reflection on proposals for new fiscal and budgetary powers at the EU level? What principles should we use to judge the relations between debtors and creditors? From the point of view of justice, should reform of EMU promote greater cross-national transfers and risk-sharing or prevent moral hazard and free-riding? Or, alternatively, what principles might help us in determining the mix of risk-reduction and risk-sharing? Similarly, what normative principles, e.g. of equality of opportunity, should govern an open, transnational labour market?

Social Policy
What principles of justice should guide the formation of social policy and regulation at the EU level? Should the EU, as a matter of justice, aim to become a Social Union? If so, what kind? Should the EU aim to reduce cross-national inequalities among member states? Among individuals? Why or why not? What kinds of inequality (opportunity, power, income, wealth, status…)? What normative principles might underlie particular mixes of social policy (e.g., regarding social investment, unemployment insurance, basic income) at the EU level?

Citizenship
What principles of justice should govern our understanding of EU citizenship? What reasons of justice (or perhaps solidarity), if any, are there for maintaining open borders within the EU? (Would it be an injustice if borders were re-established between member states?) Do these reasons also support opening borders to third countries? What’s the difference? Are there normatively relevant differences between second- and third-country nationals with respect to admission, residence, access to social benefits and advantages, and equal treatment? Should a normative ideal of EU citizenship extend beyond free movement rights to, for example, include more significant social rights? If so, what kind?

Refugees
What principles of justice should help us in shaping refugee policy in the EU? Should there be more burden-sharing? What counts as a ‘burden’, and what would be a fair allocation of costs among member states, refugees, and citizens? What role should freedom and equality of opportunity play in assessing whether refugees should be able to choose their country of destination once granted asylum? Is it an injustice to restrict mobility of refugees?

Enlargement
What principles of justice should aid us in evaluating enlargement and exit from the union? Are there duties to enlarge? Duties to stay in? What principles ought to guide ‘divorce’ proceedings?

Further integration
Are there reasons of justice for moving toward a more closely-knit federation? Empirically, what would need to be the case for us to conclude that justice-based reasons to roll back the EU outweigh those in favour of its continued existence?